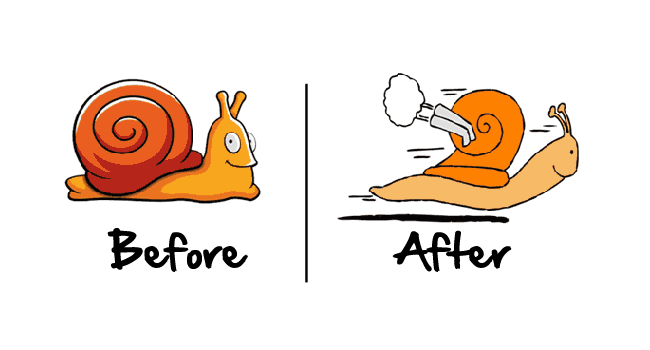 A couple of days ago I noticed a site I was working on was being really slow. It wasn’t just the public facing pages, but the WordPress dashboard too.

I hadn’t made any significant changes to the site, so I assumed it was a temporary hosting issue and expected it to return to normal.

Later on the site was still really slow and it made working on it a real pain.

I got in touch with the host expecting to be told it was a problem at their end and when it might be fixed. But they suggested the site needed to be optimized. I knew this wasn’t going to fix things because I was seeing major delays (around 40 seconds), and the same major delays when using the WordPress dashboard.

I got in touch with the host again, this time they suggested it could be an issue with a plugin.  I was sceptical again because I wouldn’t have expected that to affect WordPress dashboard? I still suspected it was a hosting issue. Time to investigate.

First of all I tried a very simple web page outside of WordPress on the same hosting – it worked fine, suggesting the hosting may be OK.

Next I tried a fresh install of WordPress on some other hosting which worked fine (why wouldn’t it?).

Then I restored the site to the new installation of WordPress and that’s when it became slow. So the problem was obviously something to do with this particular WordPress site. May be it was a plugin issue after all?

I looked through the plugins that needed updating and selected what I thought was the most likely offender. Immediately after updating the plugin the site returned to normal.

I thought I should tell the authors about the chaos their plugin was causing, so I went to their website to report the issue, but it turns out they already knew. This is what I saw:

“We are currently experiencing a down server at this time. If you are able to visit your wordpress plugins and update your plugin, you will experience no slow website performance, and your license will begin working as soon as we get our license server resolved.

We appreciate your patience.”

It would have been nice if they had sent out an email to warn users!

If your WordPress site suddenly starts running really slowly (the public facing pages and the dashboard) it could be that a plugin needs updating.

This is an example of why it is important to keep your plugins  up-to-date.